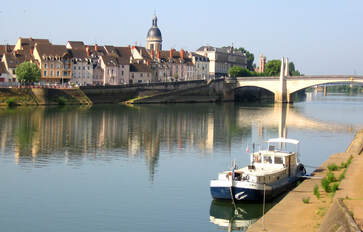 DAY 1 AND 2 - CHALON-SUR SAON
Located in southern Burgundy at the heart of the Côte Chalonnaise wine region, Chalon-Sur-Saône whispers the secrets of its medieval past which you will discover on your historic city tour. Alternatively, choose an excursion in Beaune, a walled town nestled in the heart of Cote d’Or vineyards where you’ll stroll the cobblestone streets and take in such sights as the mosaic-tiled roof of the Hôtel-Dieu de Beaune, founded in the 15th century as a hospital for the less fortunate. Or, visit the storybook Château de Couches, a medieval fortress enveloped in idyllic hills and greenery that once served the Dukes of Burgundy. Later in the day, enjoy a scenic sailing to Tournus, or pedal from Chalon-Sur- Saône to Tournus on an exhilarating guided bike tour. Alternatively, once in Tournus, sample the region’s famous white Mâconnais wines.Choose from a Historic City tour with local market. 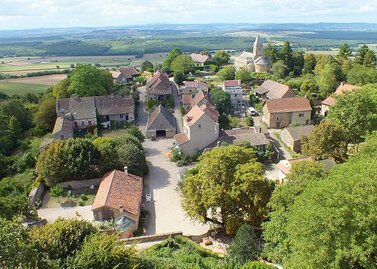 DAY 3 - TOURMUS
Today you have a choice of a number of excursions as you explore the cities of Tournus and Macon. Let your knowledgeable guide lead you through Tournus and to its magnificent Benedictine Abbey of Saint Philibert. Or choose instead to visit the moated Château de Cormatin, which dates back to the early 17th century and features ornate apartments as well as a beautifully manicured garden. As an alternative, venture to the medieval village of Brancion with its preserved gateway, church and market hall, or pedal through the charming town. In the afternoon, you have the choice of returning to the ship and enjoying a scenic cruise to Mâcon, joining a guided bike tour from Tournus to Mâcon, or enjoy a tasting of Chalonnaise wines.

DAY 4 - MACON
Join a guided tour through the “South Burgundy City” of Mâcon, learning about its local vineyards, museums, historical sites and perhaps its famous son, the poet and minister Alphonse de Lamartine. Or venture somewhat off the beaten path to Cluny, known for its large abbey, and the nearby castle Berze-le-Chatel, a well-preserved fortress perched on a rocky hill offering stunning views below. Alternately, you can enjoy a guided bike tour to Berze-le-Chatel. Should architecture or religion be one of your main interests, perhaps choose the excursion to the Royal Monastery of Brou, built in the 16th century and boasting a glorious white façade as well as a beautifully tiled roof. Return to the ship and head to the Sun Deck to enjoy a light lunch and the passing landscapes on the way to Villefranche-sur-Saône, later choosing between scenic cruising or a tasting of Beaujolais wines. During the evening, enjoy a special Illuminations cruise – a highlight of your river cruise – as you enter the city of Lyon. 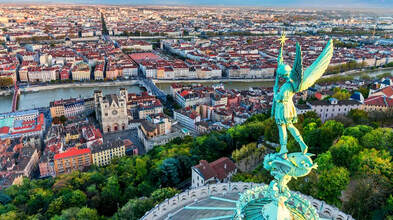 DAY 5 - LYON AND VIENNE
Discover dynamic Lyon, starting in Fourvière Hill, part of the city’s historic region that is now a designated UNESCO World Heritage Site and home to the 19th-century basilica Notre-Dame de Fourvière. Continue on to the old town of Lyon, followed by a guided walk through the St. Jean district, where you will be introduced to the city’s unique covered walkways, known as “traboules.” Or get active a guided bike tour through the city designed with cyclists in mind. If you’re a self-described foodie, our Lyon tasting tour is for you, during which you’ll have a chance to taste some of Lyon’s local delights. Later in the day, sail to Vienne, which boasts a Roman past that can be seen in its marvelously preserved ruins. There you can ride the charming mini train around the city. For those wishing to be more active, you can either take a guided bike tour along a portion of the ViaRhôna bike route or a guided hike from the ship to the Monastery at Mount Pipet. 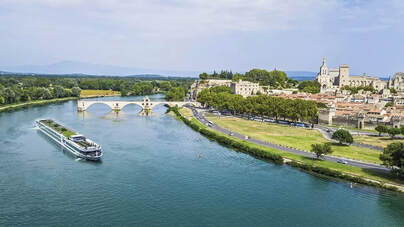 DAY 6 - VIENNE SCENIC CRUISING AND VALENCE
Take your coffee on your balcony or the Sun Deck as you cruise to Valence, a designated “City of Art and History,” where you can see such sites as its 11th-century Cathedral of St. Apollinaris or perhaps its House of Heads (named for the carved heads of its façade and courtyard) on your city tour. For a more active adventure, pedal through this bicycle-friendly city. If you prefer a more relaxing excursion, taste the Northern Rhône’s red Cornas wines 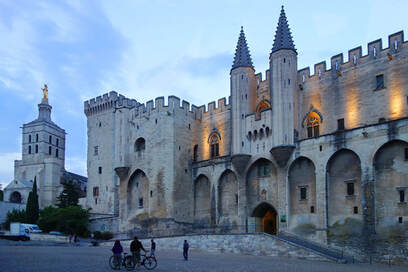 DAY 7 - AVIGNON AND ARLES
Avignon, aptly named the “City of Popes,” was the center of the Catholic Church in the 14th century when its “Palais des Papes” was the equivalent of today’s Vatican. Discover the history of Avignon on a guided walking tour that includes the Papal Palace and the well-preserved medieval walls surrounding the historic center of town, a UNESCO World Heritage Site. Alternately, you can visit three venues around Avignon to taste regional specialties including macarons, cheese and wine, and tapenades. Or, you can enjoy a bike tour along the Rhône from Avignon to the provençal town of Tarascon. Later in the day, cruise to Arles, considered one of the most beautiful cities in France. Let your experienced guide lead you to the top sights, including the Romanesque cathedral and Roman amphitheater; or take a guided bike tour to the Roman ruins. If you wish to delve further into Van Gogh’s Arles, join a special walking tour along with a visit to the Vincent van Gogh Foundation, showcasing his legacy. Or take some time to focus on wellness with a guided bike tour through town. 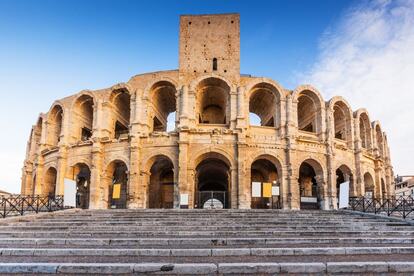 DAY 8 - ARLES
Roman treasures, shady squares and plenty of Camarguais culture make Arles a seductive stepping stone into the Camargue. And if its colourful sun-baked houses evoke a sense of déjà vu, it’s because you’ve seen them already on a Van Gogh canvas – the artist painted 200-odd works around town, though sadly his famous little ‘yellow house’ at 2 place Lamartine, which he painted in 1888, was destroyed during WWII.
Today we bid farewell to Arles and prepare for the return home.
RESERVE YOUR SPACE NOW! SIMPLY COMPLETE OUR
RESERVATION REQUEST FORM
OR GIVE US A CALL AT 800-828-4813, EXTENSION 1003
FOR ​FURTHER INFORMATION AND ASSISTANCE!